I now have an image of Dotty, in Texas (where she won’t need it for months), modeling the dog sweater I completed in early April. But I’m sure she’ll be glad of it come autumn!

Saturday, November 20: Having ended yesterday’s post with the moon shortly after it rose, I thought I’d start today’s with the moon shortly before it set, taken in the park in Lamesa where I spent the night. It’s a municipal park, free and only for tourists and transients (that’s me!), with free water and electricity service. It was dark enough (some streetlights, but none shining in my windows), level (where I was; I did see one camper had had to use blocks on one side), mostly quiet (a city street runs through the middle of the park, and was not used much between 11PM and 6AM). I would definitely stay there again.

The first half of my drive today was flat. Flat, flat, flat; straight roads as far as the eye can see, boring, boring – except for the occasional town, or cotton field being harvested.

Then it was in to New Mexico, and the first part of that state was still flat. But the rail tracks run along the road – I saw several trains

and a locomotive that had been left on a siding.

I had just been through the town of Tolar – this sounds like quite a memorable event!

Tumbleweeds would come bouncing across the road, coming to rest at the next available fence. I did see a herd of antelope, but they were photo shy.

I pulled into the cousins’ house in Santa Fe in good time, about 3:20 – having gone into the next time zone, gaining an hour of travel time helped!

Friday, November 19: On the road again! I left the ranch shortly after 8AM, and took mostly secondary highways – which, in a state as large as Texas, might as well be interstate highways! The speed limit is the same, and they usually have four lanes, divided. The nicest difference is that every 20 miles or so, you go through a town and get to slow down and use the muscles that have been focused on the gas peddle for too long! And it’s OK to stop along the side of the road and take photos like the one above, or stop for historical markers. Or turkeys.

There are nice picnic areas, sometimes along streams – the first was Bear Creek, upstream and down:

The next was at the San Saba River:

This part of Texas grows white things –  cotton farms, wind farms, sheep farms, although I didn’t get any good photos of the sheep.

I drove hundreds of miles, rarely out of sight of wind turbines turning gracefully. But the above photo was taken at a rest area – one of the nicest I’ve seen, in a modest kind of way. It included tasteful tilework, the above sandstone with pictographs based on indigenous images, and a display that showed scenes of life in the area from 150 years ago – except for the wind turbine in one corner!

Doors to the restrooms

I stopped in Mason, to read one of the historical markers, and drive through the city park, which includes RV camping and a well kept bath house.

I ended the day in the small town of Lamesa, toward the western edge of the state, at 4:45 after 365 miles, with plenty of daylight to get a few rows of knitting done. Here’s tonight’s moon:

There’s a cat in this photo, which was taken by Justine this morning, as was the one below.

Blizz is one of the residents here.

Such a stressful life!

Sitting on the deck at the ranch in San Antonio, this wasp was checking out my computer.

Sunday, November 14: Leaving Uncle Dick’s campground, this bridge (with all its signs!) was only a couple of miles down the road. The Roadtrek is low enough so the height restriction wasn’t an issue. And this is what the bridge looks like:

Then it was out to the interstate, and on to Texas; I generally avoid the big highways (boring, and hard on the body), but today was a day to aim for my destination and get there before dark! I stopped for a good break at the Texas Welcome Center, calling to give an ETA in San Antonio, and eating breakfast.

I stopped for fuel, and the place was lined with birds, waiting for some of that pizza?

I did have to call for directions when I got close – those I’d printed out were clearly misleading! But I still made it before dark, and was greeted by several humans, dog and cat – and the local deer –

And later that evening the resident spider came out; it works on its web nightly.

San Antonio! We were glad to arrive, with a couple of days to spare before my flight out. Our three horses were happy to be out in the pasture. They added to the resident five: 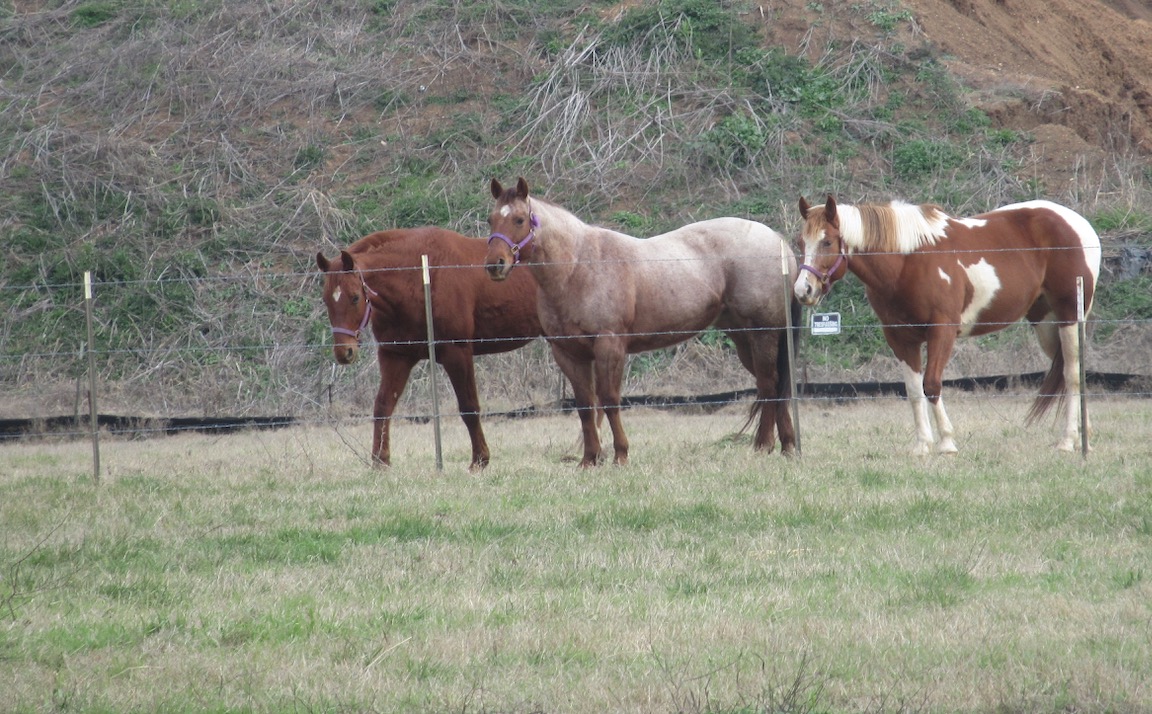 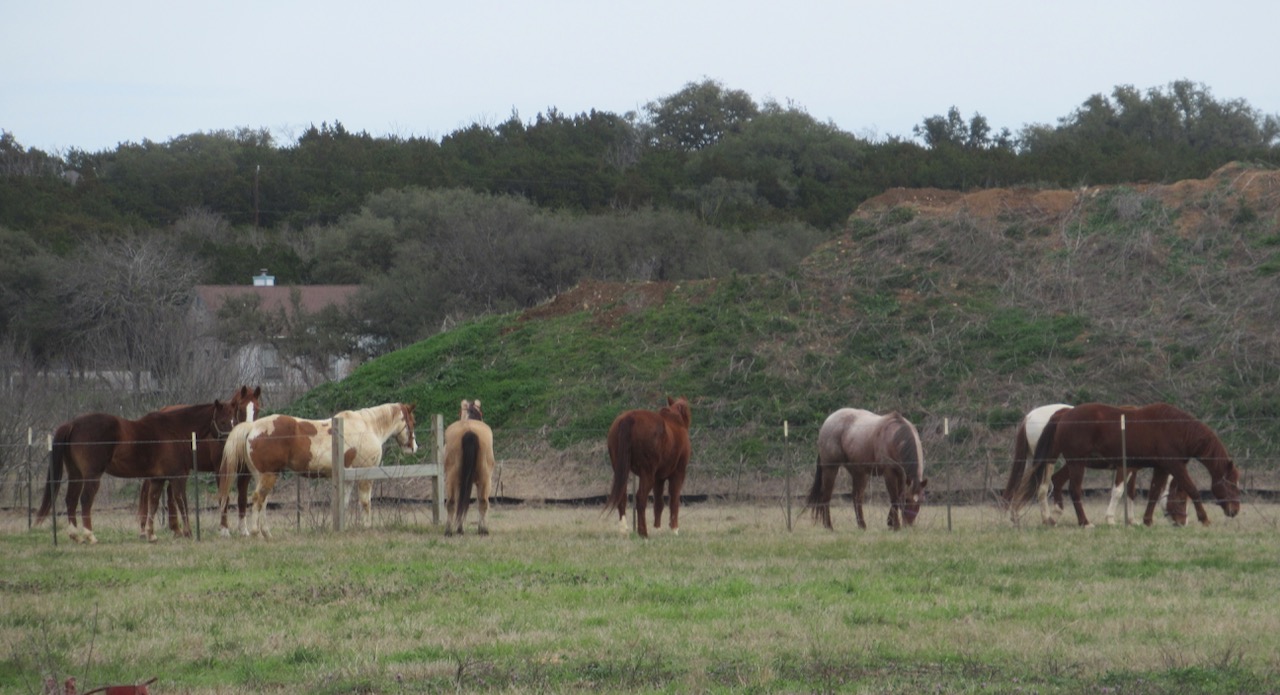 Once the horses were settled, and Dotty had adopted Jack 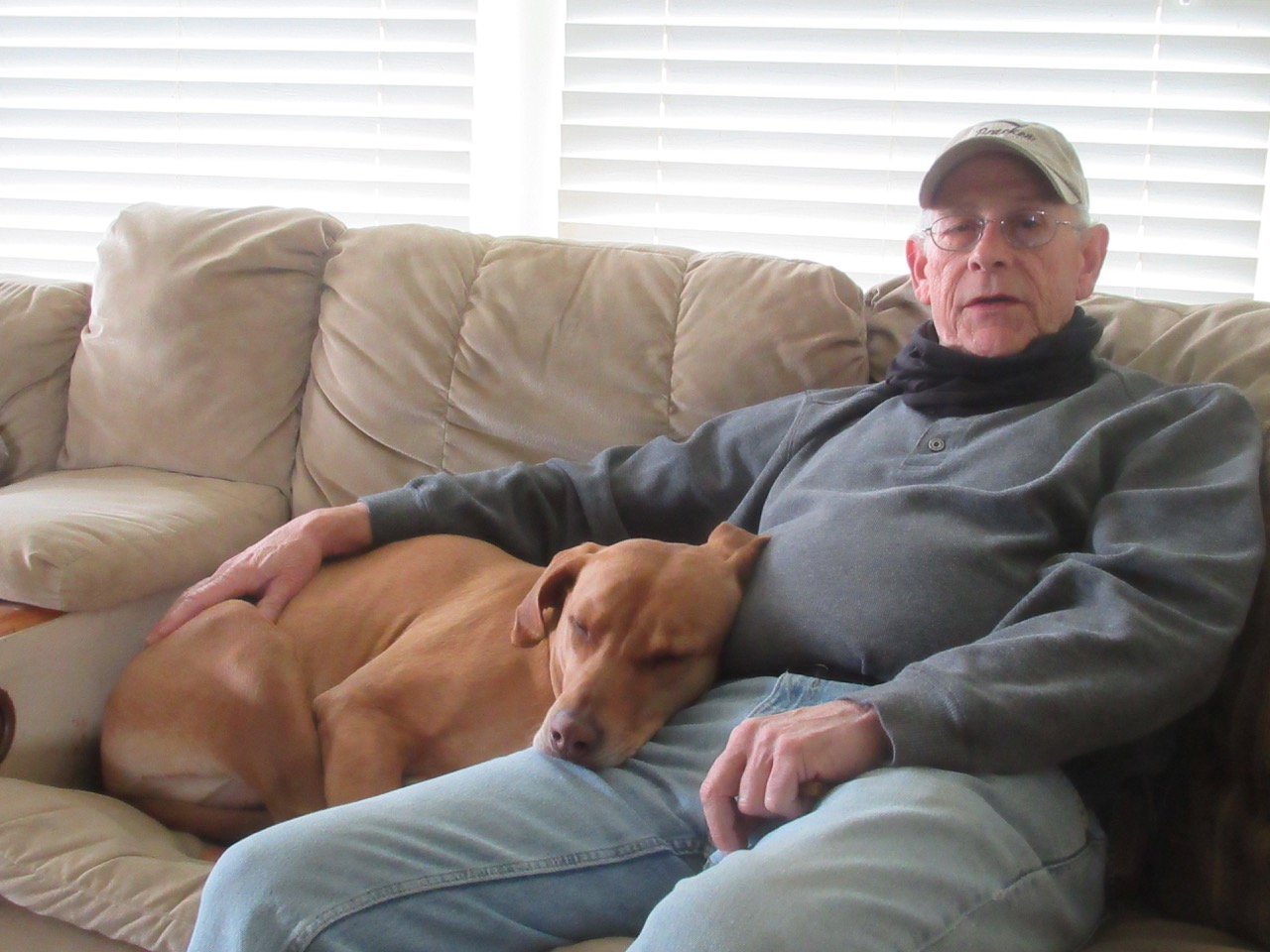 and Blizz had settled in, 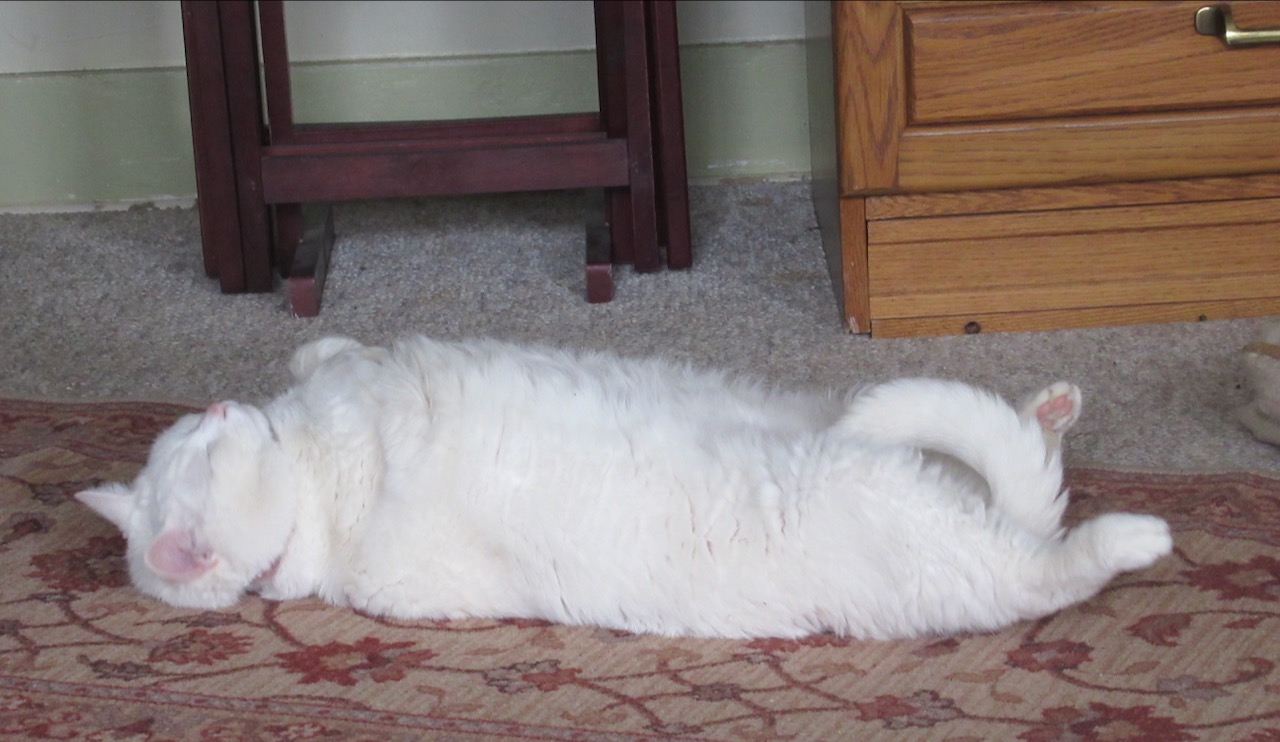 we headed out for dinner, Italian that first night. And then Mexican at two different places the next two nights – this one had live music, although not these! 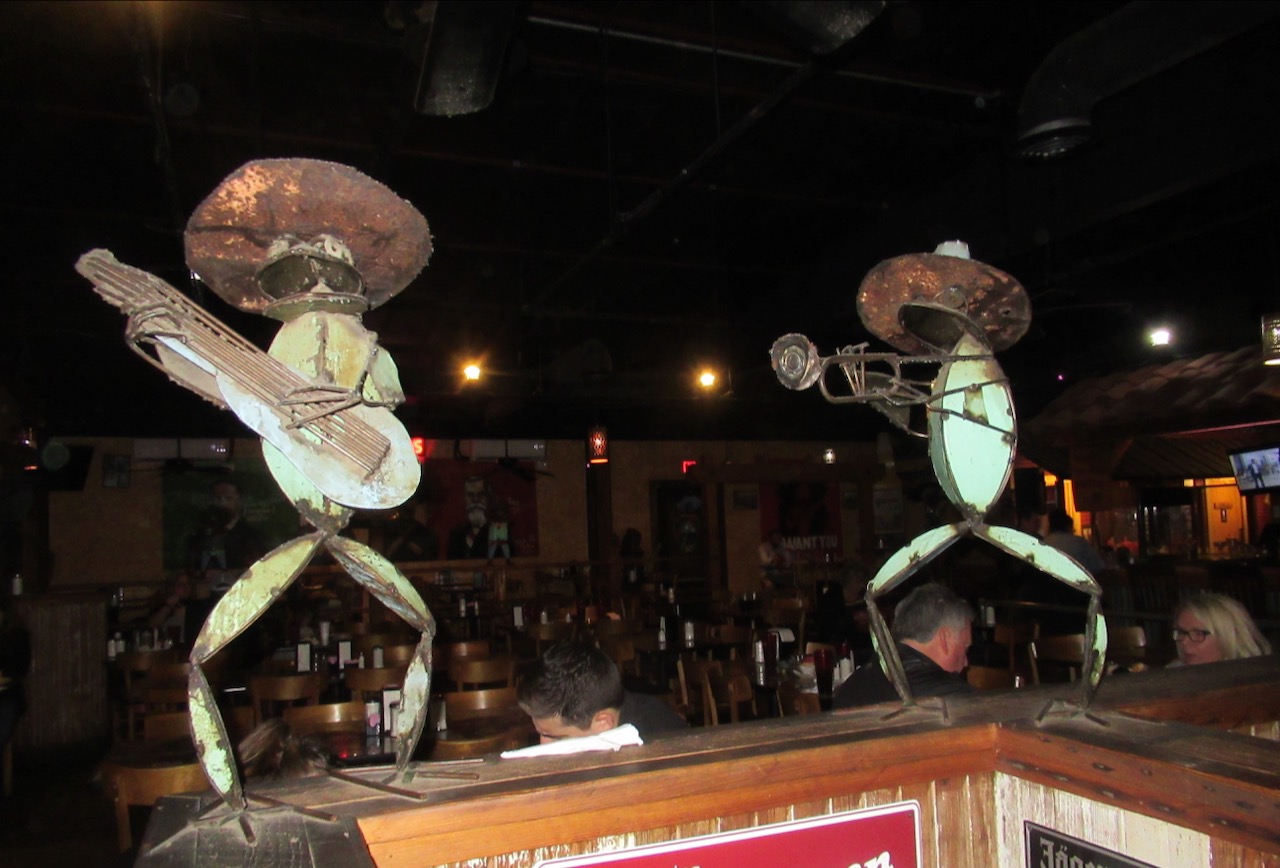 What follows are views from around the ranch: 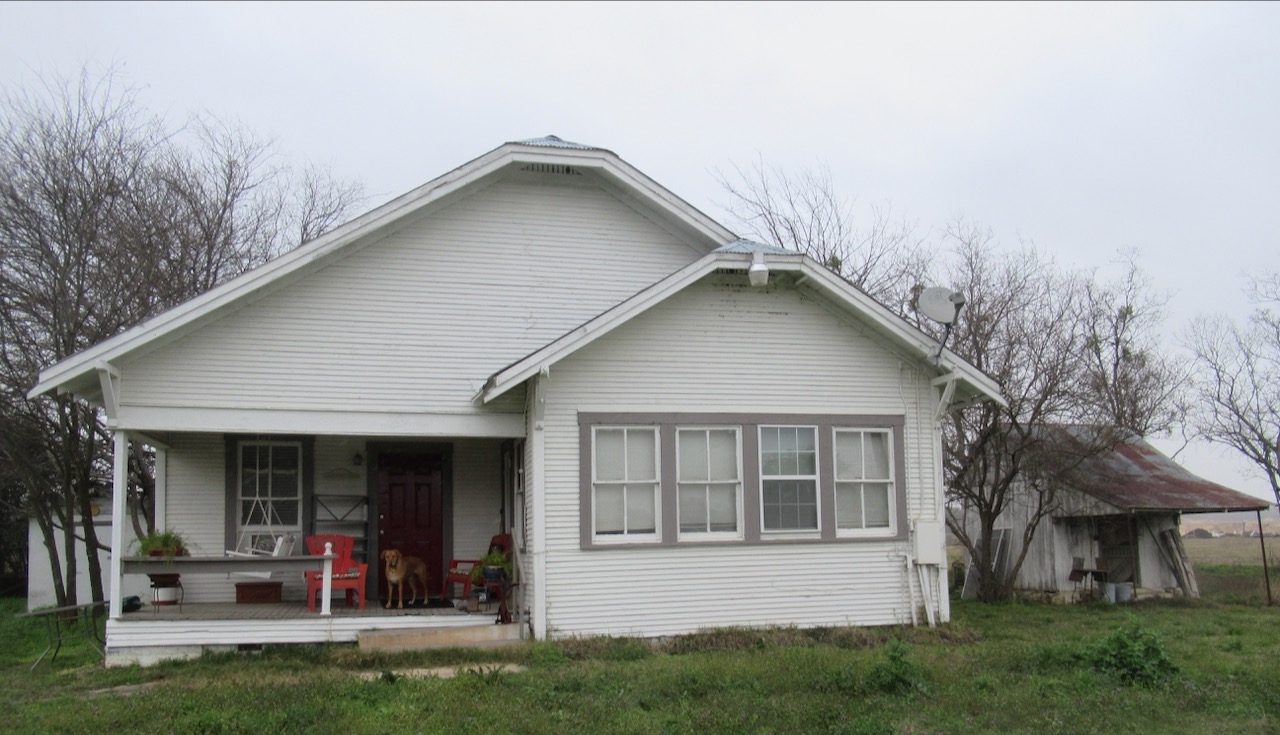 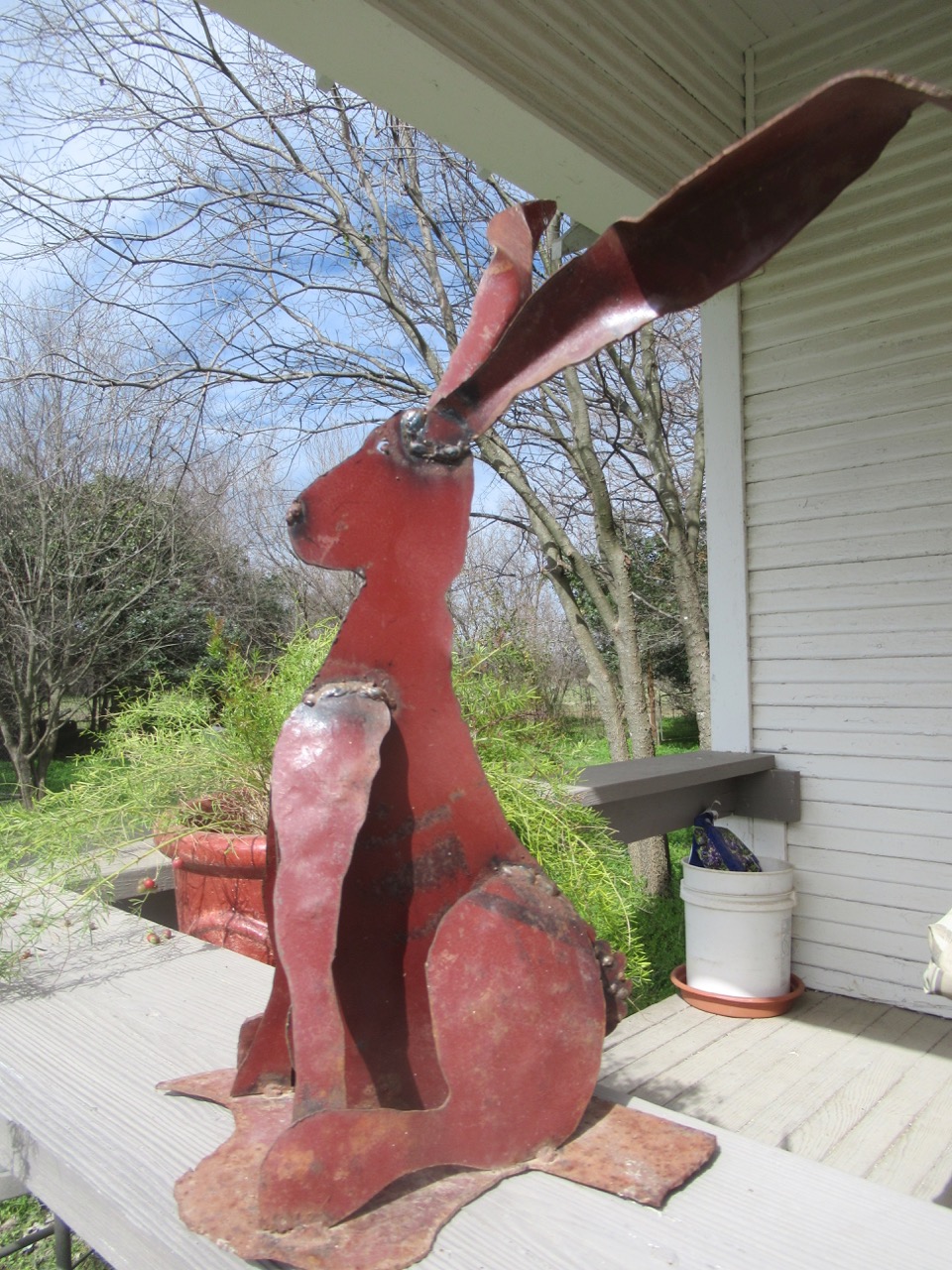 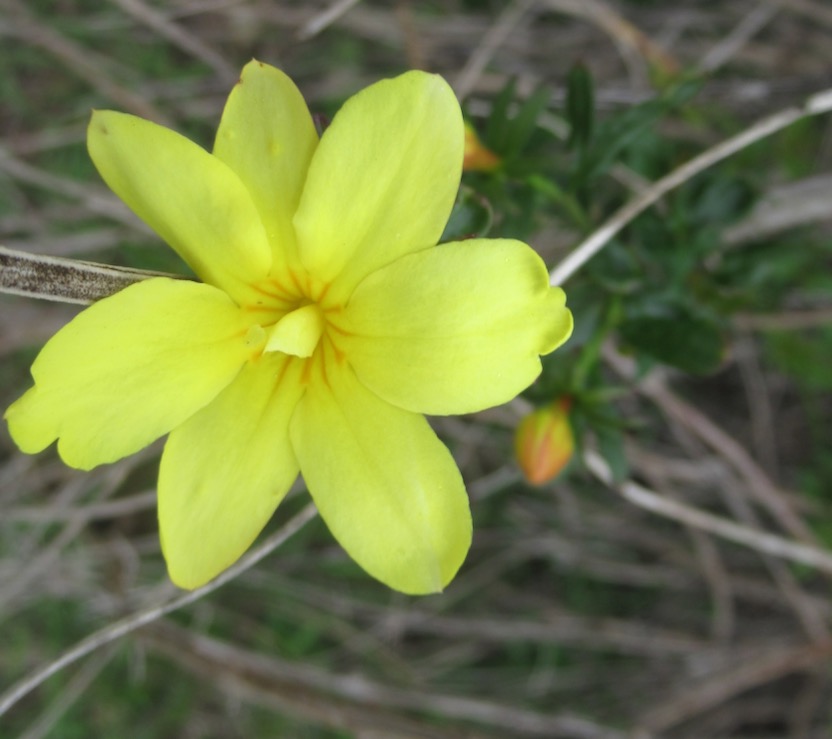 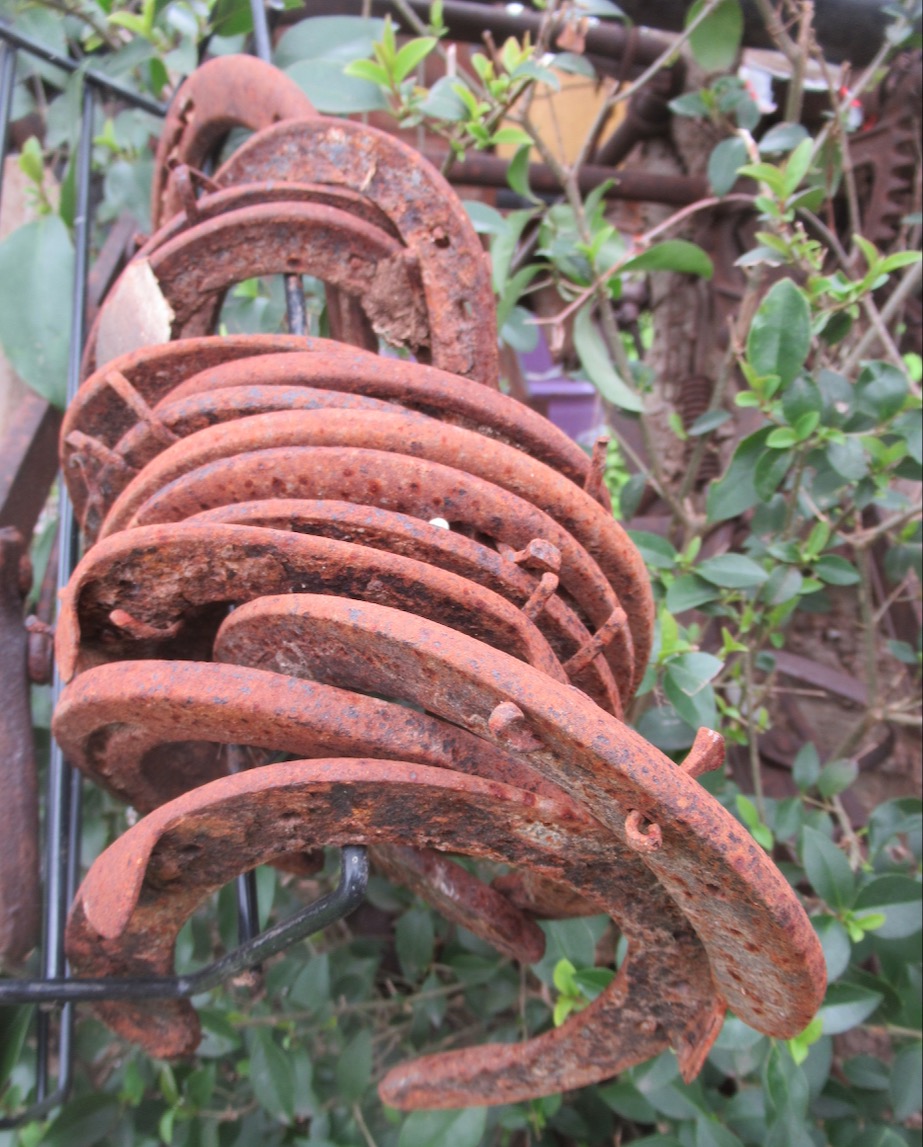 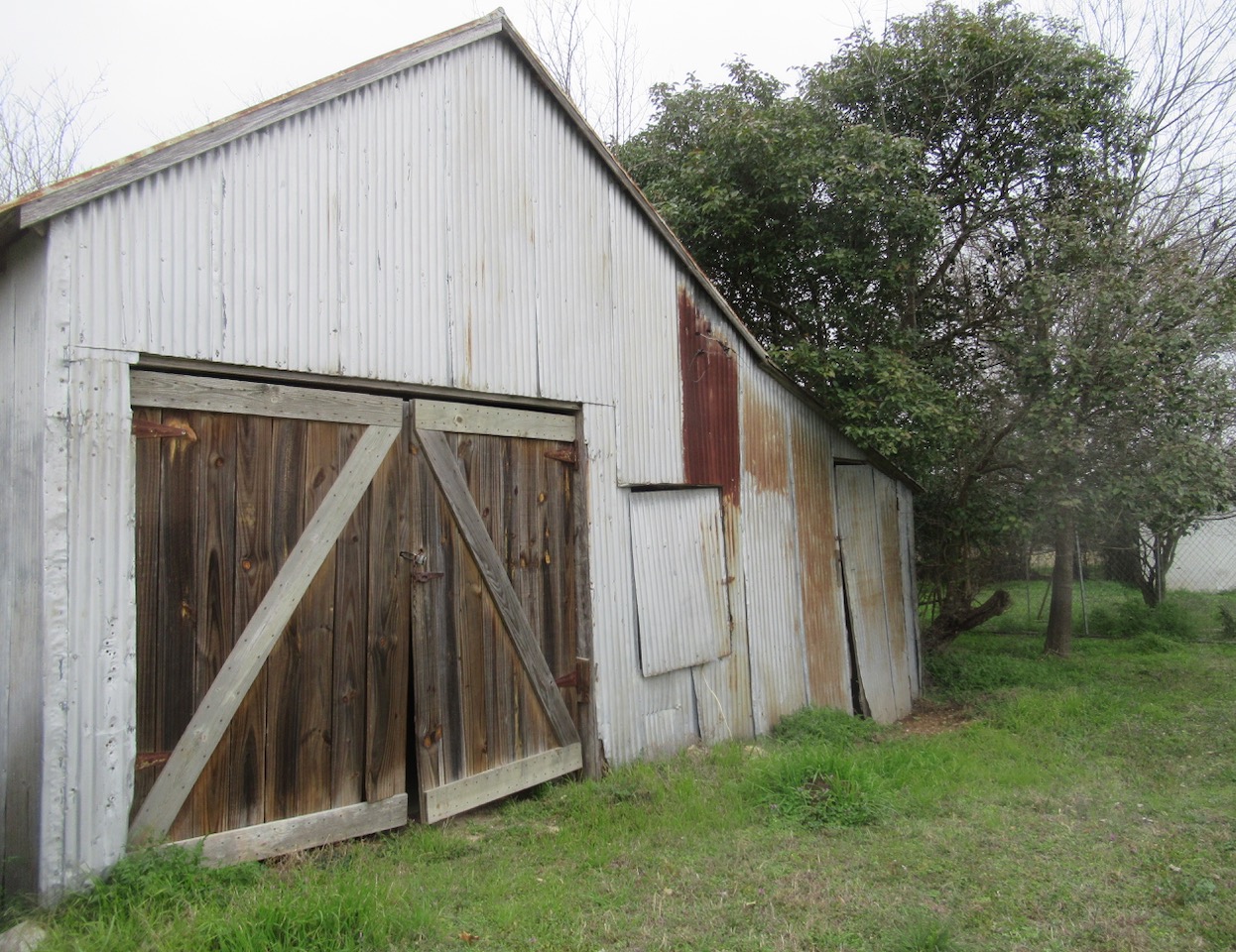 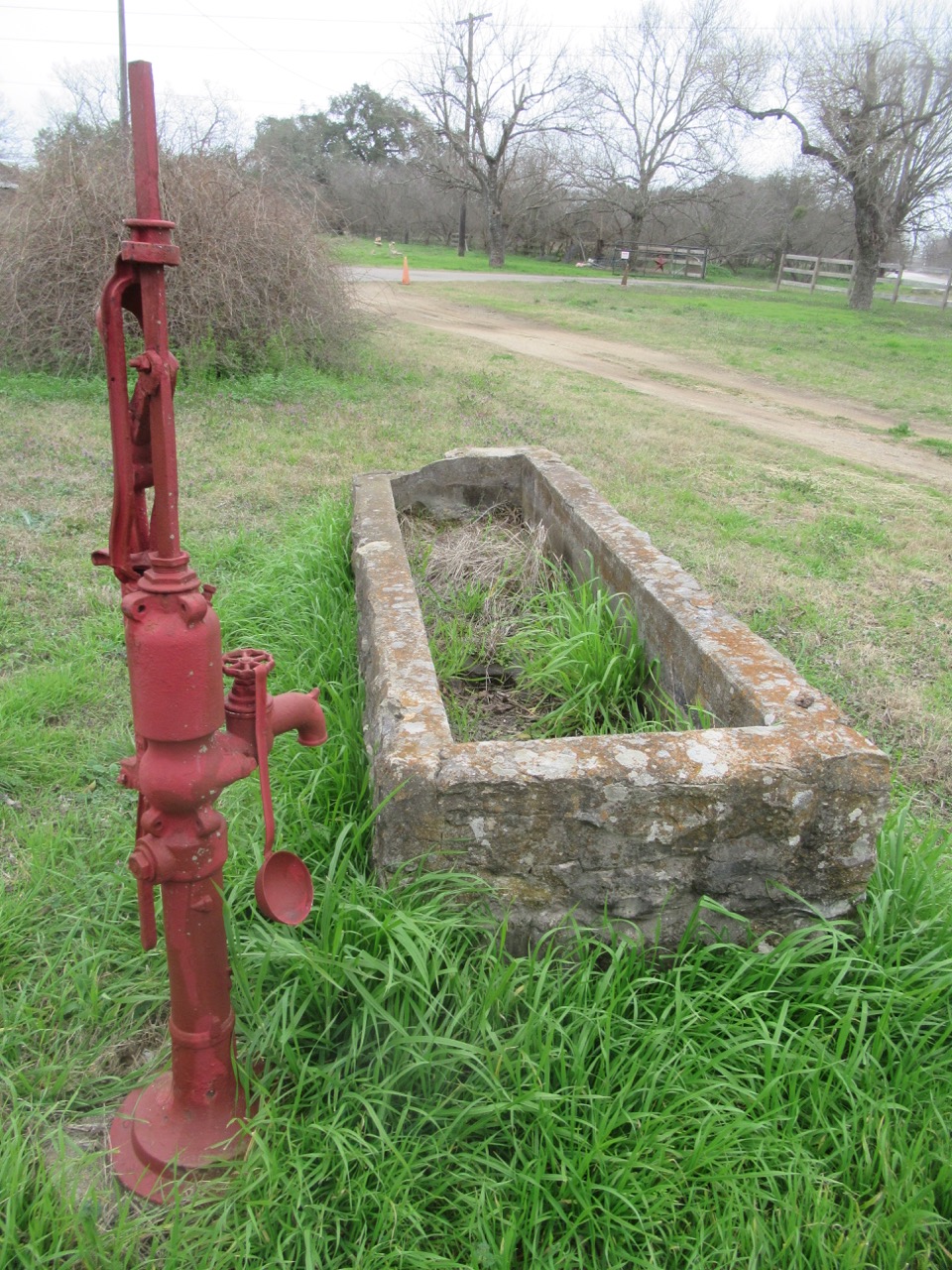 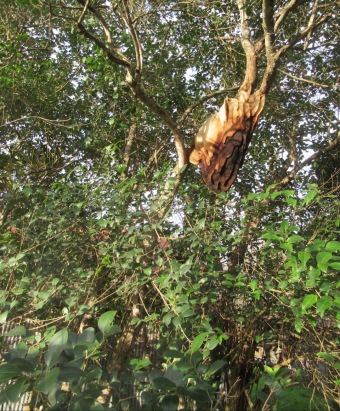 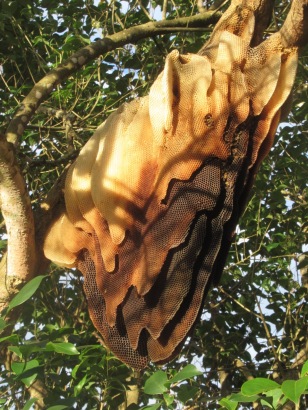 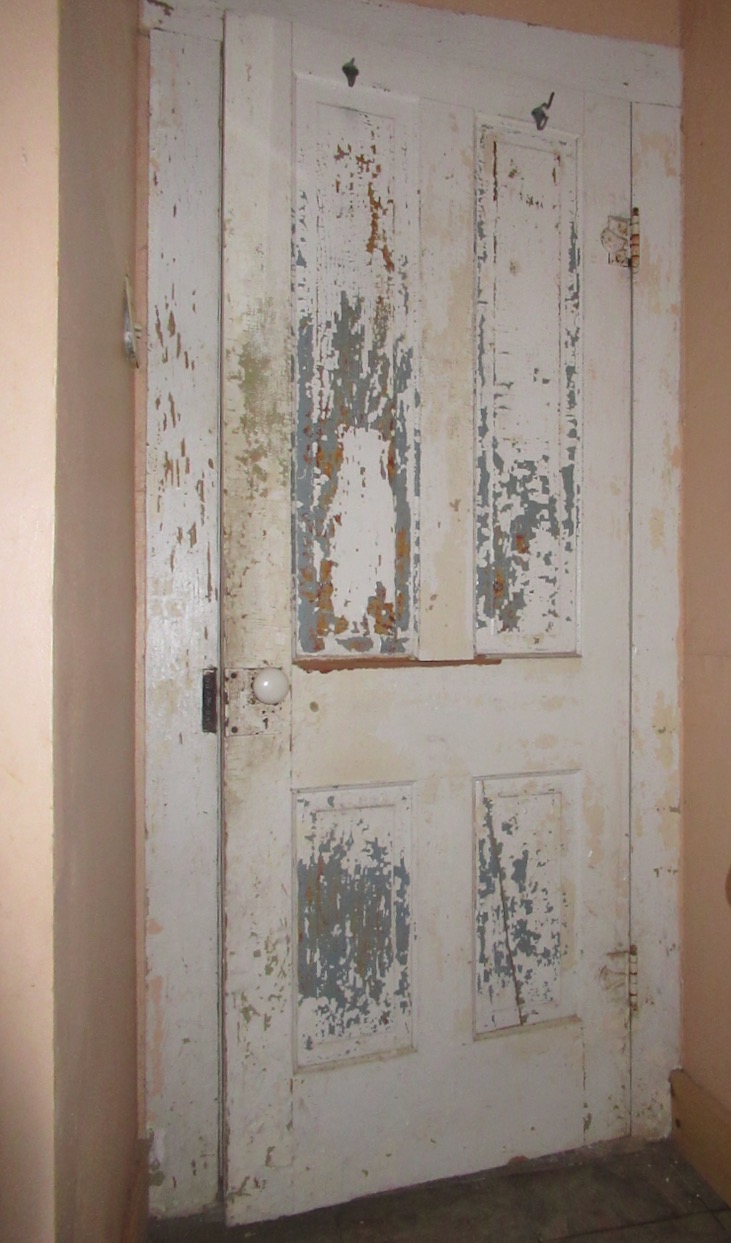 There were deer most mornings and evenings. 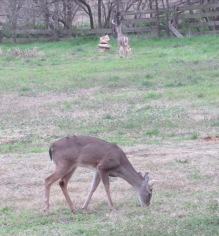 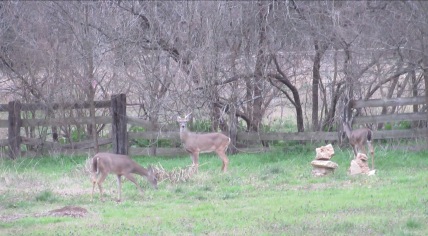 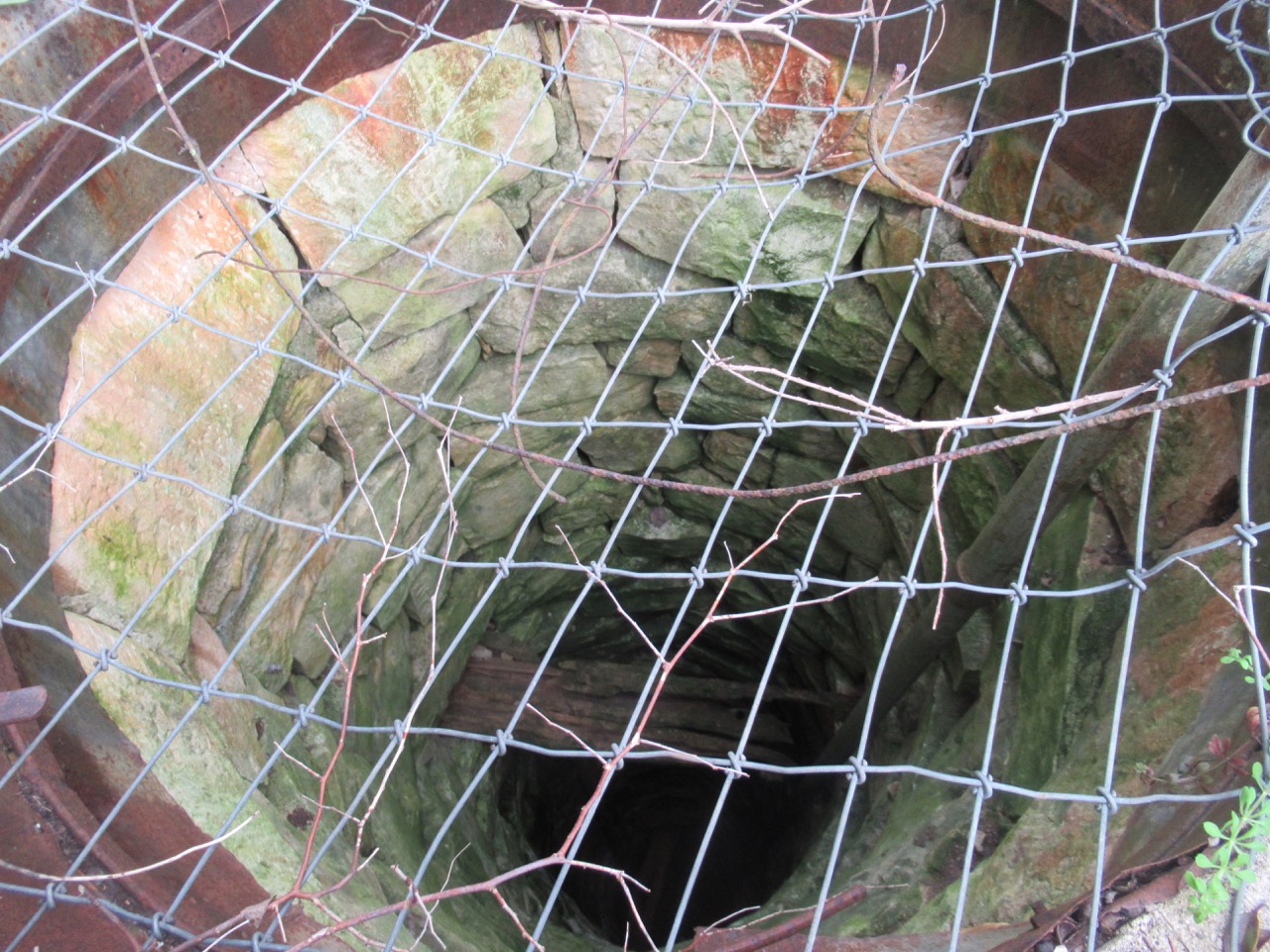 One day we went around the corner to Bracken (in addition to running other errands) to go to the feed store. I’d not taken the camera, so we had to go back later – it’s an area that tries to look picturesque – but the Hanging Tree Saloon is a seriously utilized watering hole. 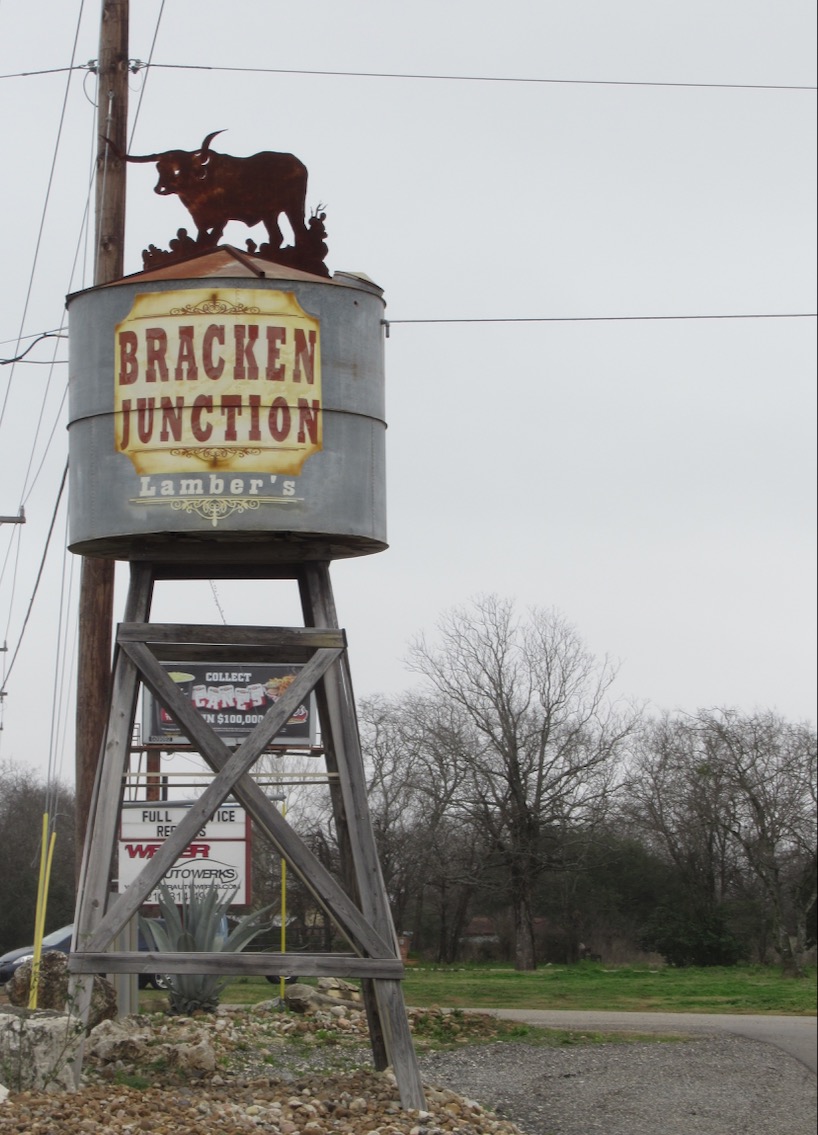 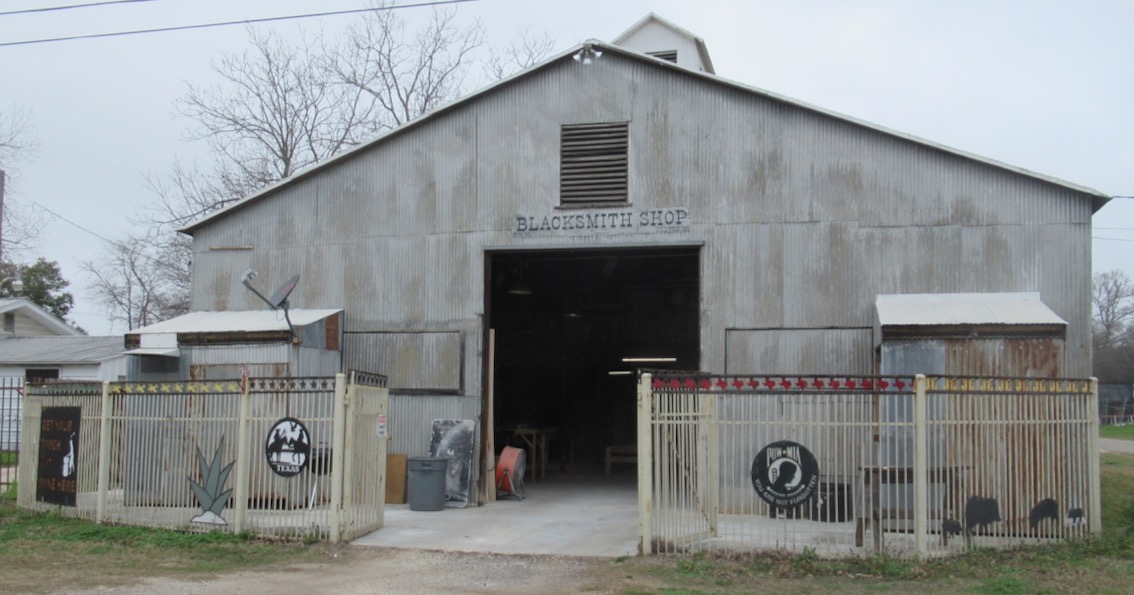 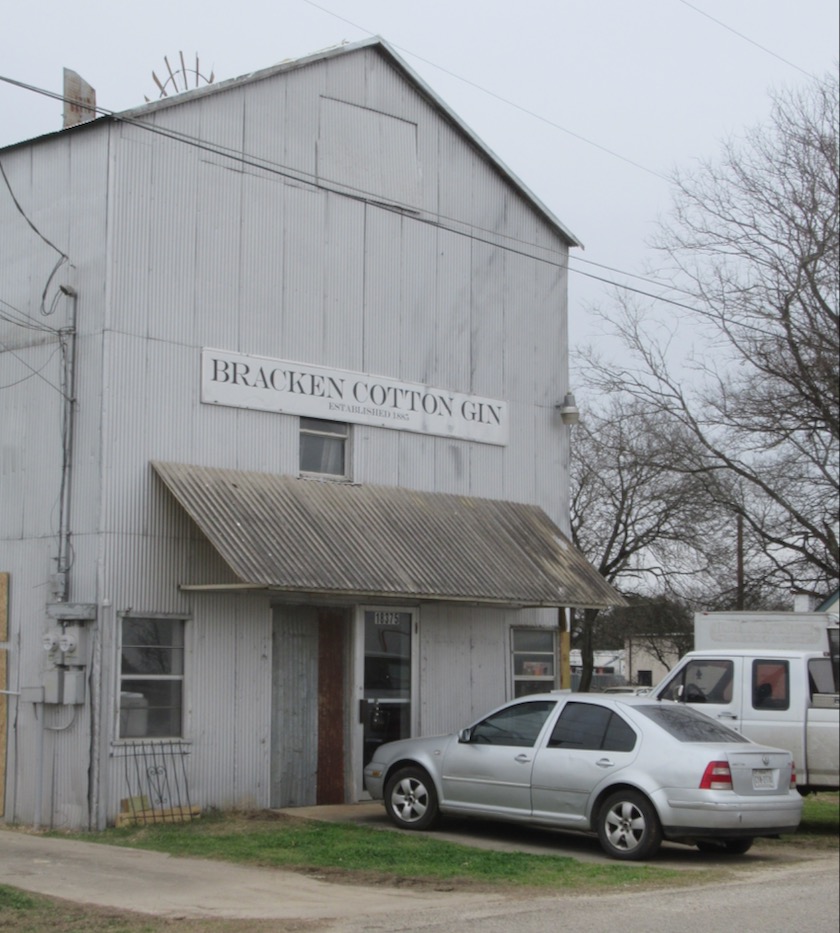 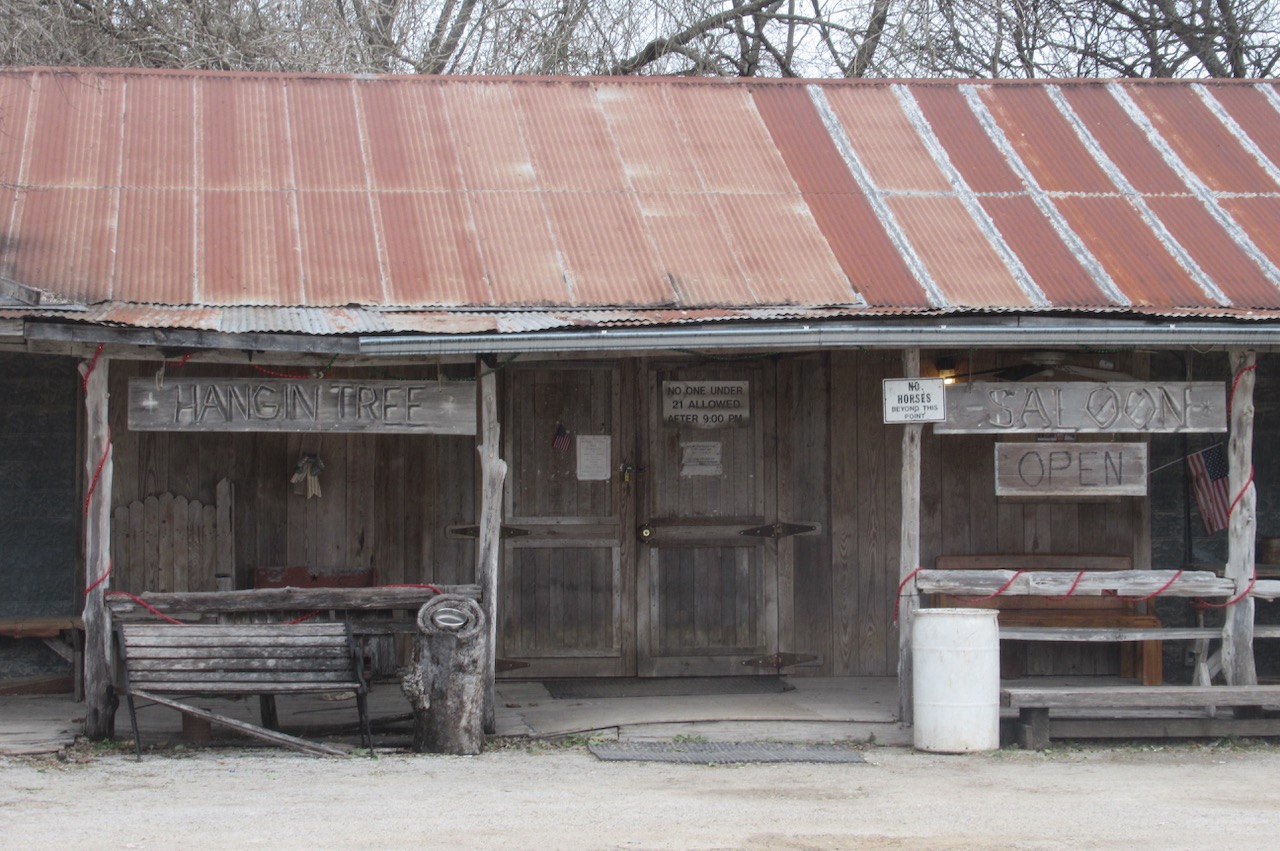 The next  morning I was headed out, with a early morning flight. Southwest Airlines has some new planes, and this first flight was on one. And I don’t know if they have fewer seats – but they do have more spacious seats, as well as really cool LED lighting. As we got above the clouds the views were stunning in the morning light – 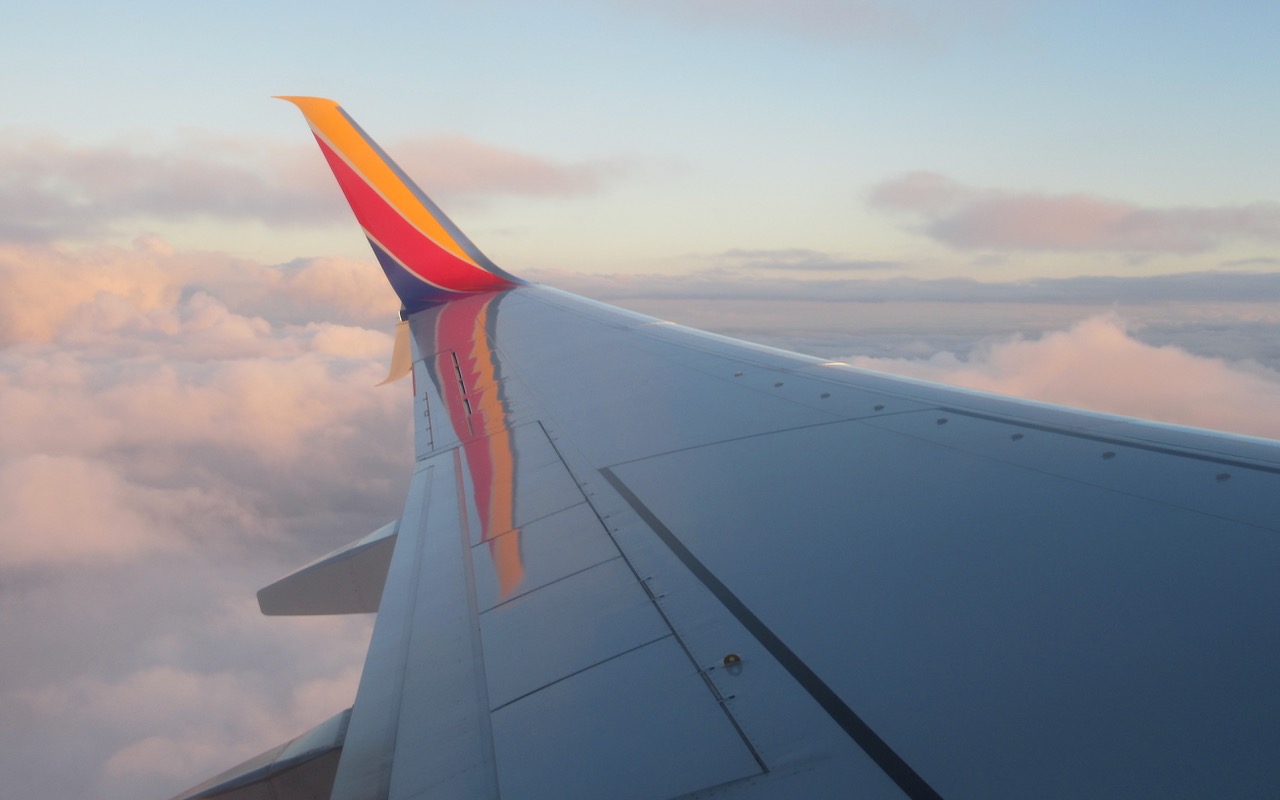 The middle of the flight was clear, until it clouded up again just before Baltimore. We landed in snow, with plows everywhere. 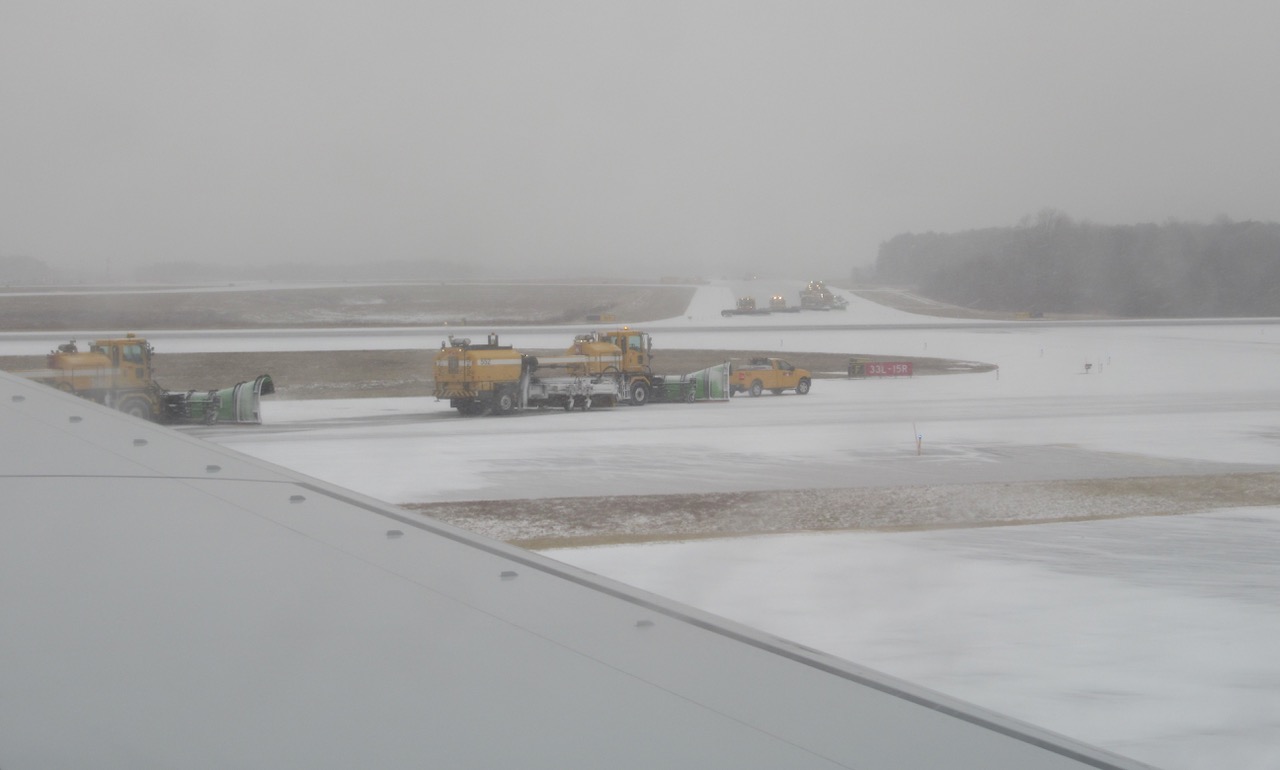 Soon after getting to the next gate, Southwest started announcing gate changes. This is never a good sign – but we were only about 10 minutes late loading on for the second leg. And then we sat, and sat, and sat – waiting for our turn for deicing. It was enough time to nearly finish knitting a couple of small stuffed animals. It was going to be a busy weekend – a Quaker Knitting Goddess retreat in Worcester, to which I headed as soon as I could retrieve my car in Portland. Then Saturday I went down to Connecticut for my aunt’s memorial – a great collection of cousins from across the country were there, including some I’d not seen for years. The food included “edible” arrangements; they were spectacular, but not (according to those who nibbled on them) particularly edible. 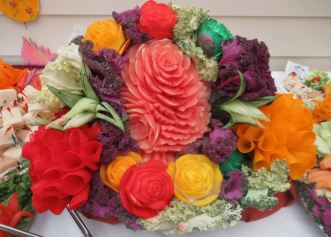 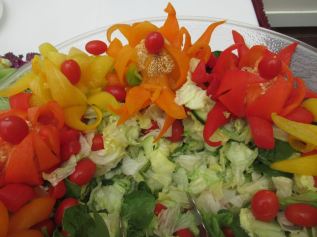 And back to Worcester, where I finished the stuffed animals – 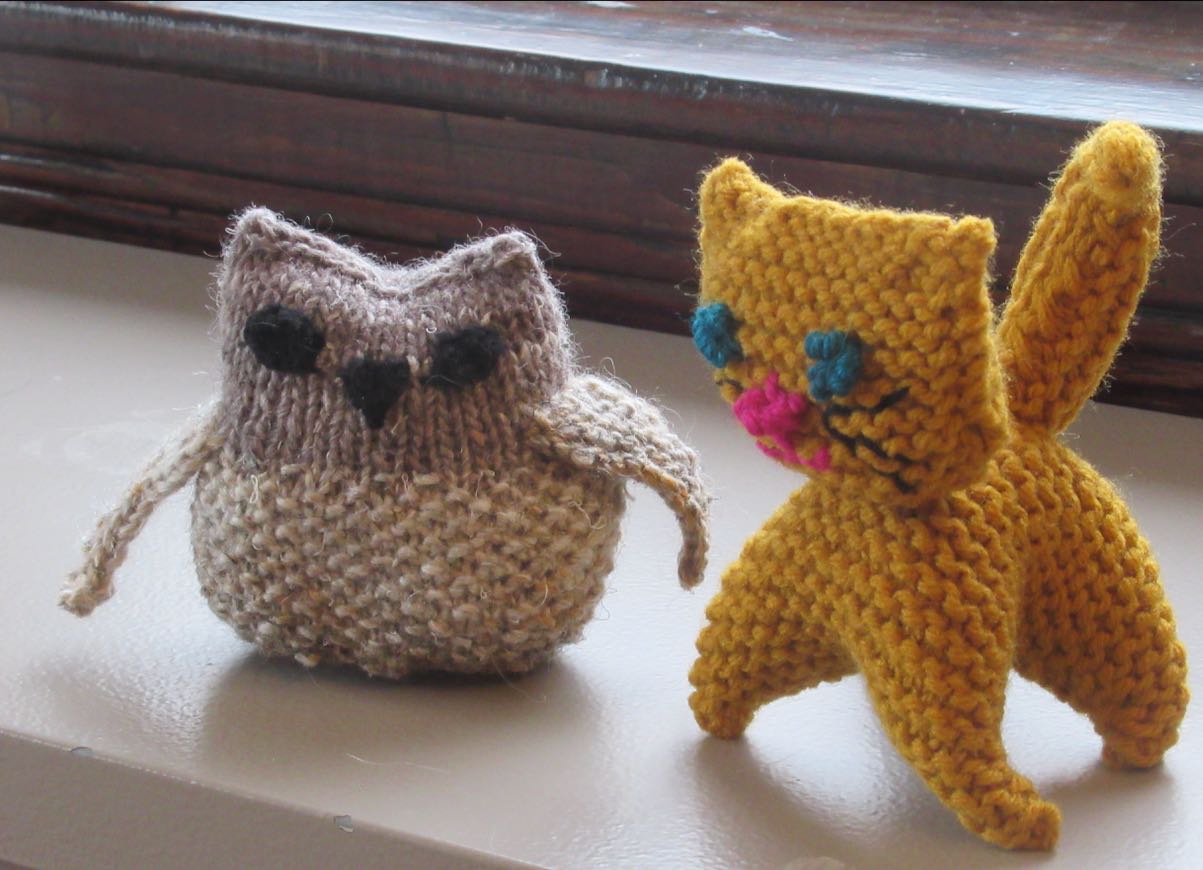 And then home again, with a stop to visit friends along the way – and except for trips to Connecticut to see Mom, plan to be home for a while. And it will be a while before the kayak comes out to play again!